×
Go to content
×
Salvo D'Acquisto
If a person's is depicted as a Model Figure, he (or she) does not always have to be very famous Who ever heard of Salvo D'Acquito? Yet some years ago, a 54 mm figure (toysoldier style) of this Italian police officer appeared. It was released by the Italian model firm Il Plantageneto. It is still for sale. Whoever reads the story about Salvo can probably understand why in Italy a miniature appeared of him.
The Story
Around 8 September 1943, a division of German SS troops camped near an old military installation in the vicinity of Palidoro, frazione of Fiumicino . Here, on 22 September, German soldiers were inspecting boxes of abandoned munitions when there was an explosion. Two died and two others were wounded.
The commander of the German division blamed the death on "unnamed locals" and demanded the cooperation of the Carabinieri, at the moment under D'Acquisto's temporary command. The next morning, D'Acquisto, having gathered some information, tried in vain to explain that the death was an accident, but the Germans insisted on their version of events and demanded reprisals, according to the order of Feldmarschall Kesselring issued a few days before.
On 23 September, the Germans conducted searches and arrested 22 local residents. An armed squad took D'Acquisto by force from the station to the Torre di Palidoro, an ancient watchtower, where the prisoners were gathered. Under interrogation, all of the civilians said that they were innocent. When the Germans again demanded to know the names of the responsible persons, D'Acquisto replied that there were none – the explosion was accidental. The Germans ridiculed, insulted, and beat him, and tore his uniform.
Suddenly, the prisoners were handed shovels and forced to dig a mass grave for their own burial after execution. The digging went on for some time; when it was completed, it was obvious the Germans meant to carry out their threat. D'Acquisto then "confessed" to the alleged crime, declared that he alone was responsible for the "murder" and that the civilians were innocent, and demanded that they be released right away. One of those freed, 17 or 18-year-old Angelo Amadio, witnessed the execution by firing squad. D'Acquisto was 22. His remains are preserved at the Church of St. Clara in Naples, in the first chapel on the left, near the entrance.
He was posthumously awarded the Gold Medal of Military Valor and is being considered for beatification for sacrificing himself to save 22 civilians from being executed. 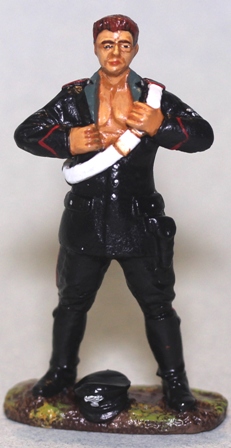 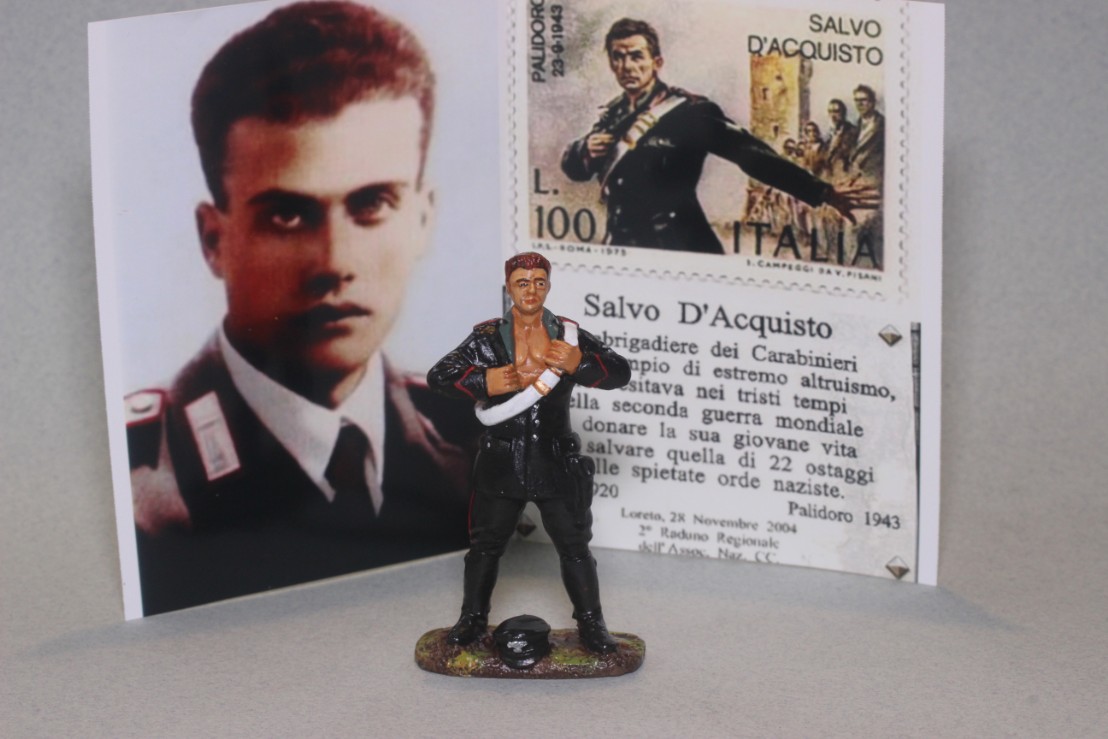