×
Go to content
×
A special collection
The miniatures in Marienwaerdt 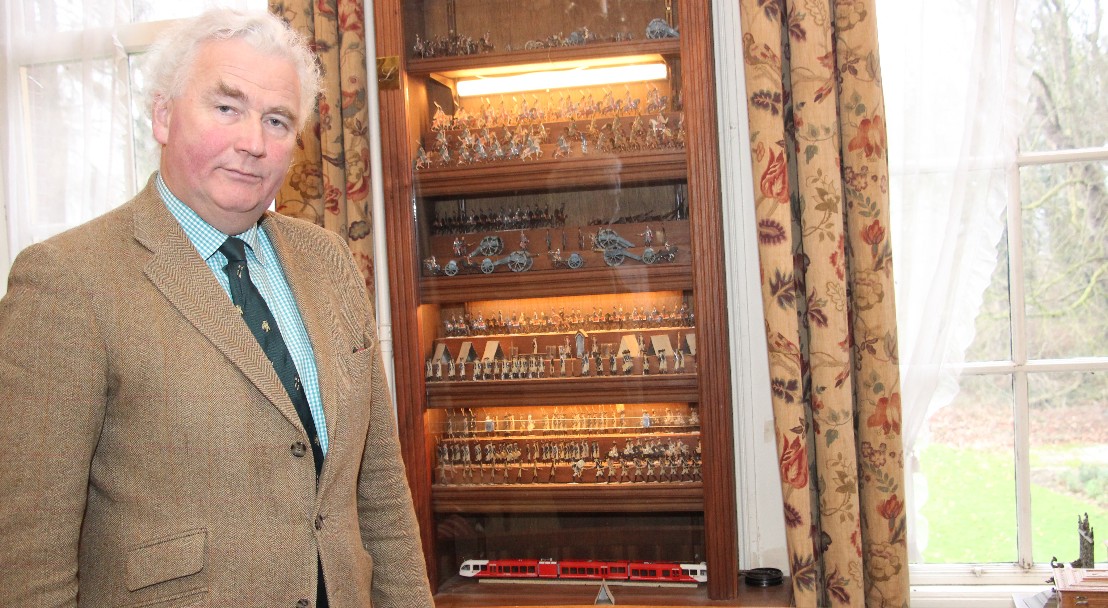 As a child, Frans baron van Verschuer played with the tin soldiers who are on the estate Mariënwaerdt. But that was the past.  The collection of antique tin soldiers is now safe in a display case behind glass and no one is allowed to touch them anymore.
When it was still possible to play with them, the soldiers were removed from the special made boxes and put away again after playing. Those boxes probably contributed to the fact that the collection, which has been on the estate for about two hundred years, is still in reasonable condition. Within the Van Verschuer family, the story goes that one of the ancestors received the collection as a gift. This ancestor, Otto Willem Hendrik Count of Bijlandt (1750-1818) received the collection of King Louis Napoleon who was king of the Netherlands from 1806 to 1810. The Van Bijlandt family had acquired possession of the estate in the first half of the 18th century build the current mansion Mariënwaerdt. The Van Bijlandts were the ancestors of the Van Verschuer family who still own, manage and maintain the estate.
The miniatures
The collection consists of around 200 flat pewter figures. The infantrymen are about 9 cm tall, the cavalrymen in relation to them look somewhat small. Horses in the same scale as the infantrymen would be very big. Besides infantry, including grenadiers, there are various types of cavalry and artillerymen. The latter provided with their canons. Part of the collection is a number of tents, water bins, a guardhouse and baskets behind which the guns could be placed. There are an artillery-train and a number of drummers.
Because Louis Napoleon may have been the donor of these figures, you are quickly inclined to think that these are French troops. We have asked the director of a museum to look at the figures on the basis of the photographs. He told us that, looking at the painting and equipment of the uniforms, It are Prussian soldiers of the army of Frederick the Great in the 18th century.
Origin
The miniatures can be further dated by the painting. Pewter miniatures from the 18th century were generally only partly painted. The figures in Mariënwaerdt are completely painted and can therefore be dated as form the early 19th century.  With great certainty it can be stated that the figures were made in Germany. Here, in the 18th and early 19th century, these types of figures were made in large numbers. The names of the makers are generally not known. They usually are given the collective name "Nürnberger und Fürther Waare".
The story of the donation by Louis Napoleon could be correct. How a French king on the Dutch throne received these German miniatures will remain a question. In any case, Mariënwaerdt possesses a special collection of miniatures.
The room where the miniatures are kept is not accessible to the public. Only during the Christmas and Easter fair can they be viewed.