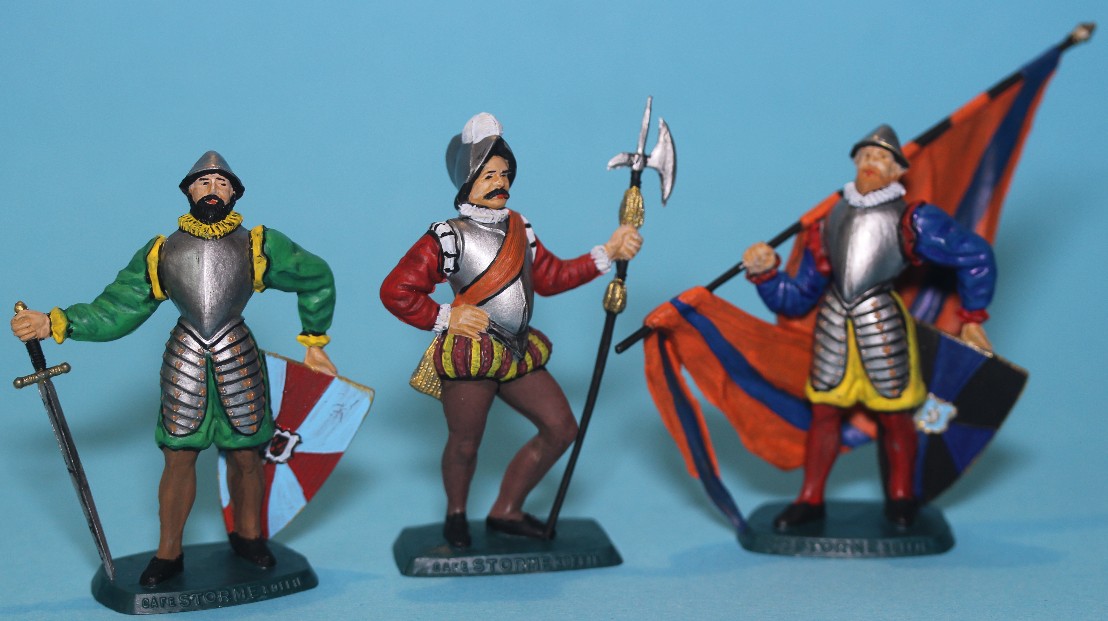 At some fairs and markets you will still find them: plastic figures with the name Café Storme or Mokarex on them. What is the story behind this?
In the sixties of the last century it was a widespread phenomenon in Europe: with many products you got a present. You will still find key rings that once belonged to a product. In Belgium and France you got a military or historical figure for some products.

Mokarex
Already in 1946 the coffee brand Mokarex started giving a plastic figure with their coffee. The success was enormous. This was partly due to the concept, giving a free gift, but also the used material, hard plastic, was completely new to most consumers. After 10 years the 400th figure was released. All figures, most in 54mm, related to French history. French kings, French revolutionaries, writers and inventors, army commanders from both world wars and of course much from the Napoleon era. The success was copied by many other companies.
Mokarex organized around the figures painting competitions that attracted many participants throughout France. The problem, however, was that the painters and hobbyists wanted to do more with the figures, to  convert them, use in dioramas etc. That seemed with these figures in (mostly) one piece only. The Historex firm, founded in France in the early 1960s, played a useful role. They brought figures on the market, also in 54mm, which consisted only of separate parts. The success of Historex in (especially) France can largely be explained by the success of the Mokarex figures.
Café Storme
The year Mokarex released its last series, 1963, the Belgian coffee brand Café Storme released the first figures. Under the name of 2000 years of history in Belgium, an ambitious 'figures' plan was published: over the next few years more than 500 figures would be released and portray the history of Belgium from prehistory to the sixties. Eventually the series stopped after 116 figures. The figures were all made in France and the size was 54mm.
There would be 12 series of different periods each consisting of a few dozen figures. Several figures from different periods were issued simultaneously. The result is that not one period has been completed and quality differs between figures per period. Not even a single figure has appeared from period 1, prehistoric times. At the bottom of each figure the name was mentioned in French and Dutch, the number of the series to which this figure belonged and the birth and death year of the depicted person.

Club Storme
Around the figures a club was set up of which you could become a member for a few francs. Club members received their own magazine (published in French and Dutch). This includes painting tips, examples and instructions for dioramas and changing the figures (changing arms, heads etc.). Also in the magazine was a short history of the newly appeared figures.
The figures had become an important part of marketing for Café Storme, partly because the director, F. Storme, himself was such a great supporter of it. The highlight for the company in this was the offering in 1964 of series 12 (all Belgian kings and queens since 1830) to Queen Fabiola, when she visited the stand of the firm at a fair in Brussels.
Like Mokarex, Storme was planning to organize painting competitions. A big national competition announced in the club magazine (with prizes from a car and holidays), but as far as we know it has never happened. This is despite the fact that painting by Storme in the club magazine and advertisements was strongly encouraged. The figures were called 'beautiful' but would only really come to life if they had been painted.
There was even an own paint set complete with brushes by Storme released under the name 'Isolac'. This set caused some problems because the paint immediately dried up on the brush and led to many complaints. Soon a new, less fast drying paint had to be released to prevent further problems.
Why is not entirely clear but in 1971 it was over. That year the last club magazine came out and Storme stopped with the figures.
Most Café Storme figures can still be bought  separately or as a whole series in France.  See www.mokarex.fr. 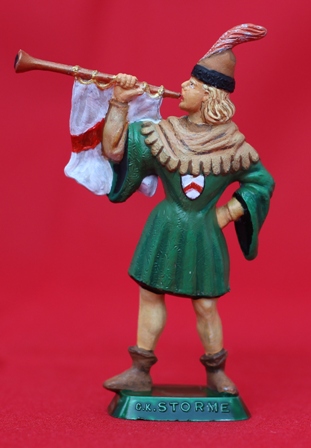